In brain imaging, each voxel (or vertex, or face, or edge) constitutes a single statistical test. Because thousands such voxels are present in an image, a single experiment results in thousands of statistical tests being performed. The p-value is the probability of finding a test statistic at least as large as the one observed in a given voxel, provided that no effect is present. A p-value of 0.05 indicates that, if an experiment is repeated 20 times and there are no effects, on average one of these repetitions will be considered significant. If thousands of tests are performed, the chance of obtaining a spuriously significant result in at least one voxel increases: if there are 1000 voxels, and at the same test level

, we expect, on average, to find 50 significant tests, even in the absence of any effect. This is known as the multiple testing problem. A review of the topic for brain imaging provided in Nichols and Hayasaka (2003) [see references at the end].

To take the multiple testing problem into account, either the test level (

), or the p-values can be adjusted, such that instead of controlling the error rate at each individual test, the error rate is controlled for the whole set (family) of tests. Controlling such family-wise error rate (FWER) ensures that the chance of finding a significant result anywhere in the image is expected to be within a certain predefined level. For example, if there are 1000 voxels, and the FWER-adjusted test level is 0.05, we expect that, if the experiment is repeated for all the voxels 20 times, then on average in one of these repetitions there will be an error somewhere in the image. The adjustment of the p-values or of the test level is done using the distribution of the maximum statistic, something that most readers of this blog are certainly well aware of, as that permeates most of the imaging literature since the early 1990s.

Have you ever wondered why? What is so special about the distribution of the maximum that makes it useful to correct the error rate when there are multiple tests?

Say we have a set of

voxels in an image. For a given voxel

is larger than some cutoff

is the cumulative distribution function (cdf) of the test statistic. If the cutoff

is used to accept or reject a hypothesis, then we say that we have a false positive if an observed

when there is no actual true effect. A false positive is also known as error type I (in this post, the only type of error discussed is of the type I).

For an image (or any other set of tests), if there is an error anywhere, we say that a family-wise error has occurred. We can therefore define a “family-wise null hypothesis” that there is no signal anywhere; to reject this hypothesis, it suffices to have a single, lonely voxel in which

. With many voxels, the chances of this happening increase, even if there no effect is present. We can, however, adjust our cuttoff

to some other value

so that the probability of rejecting such family-wise null hypothesis remains within a certain level, say

The “family-wise null hypothesis” is effectively a joint null hypothesis that there is no effect anywhere. That is, it is an union-intersection test (UIT; Roy, 1953). This joint hypothesis is retained if all tests have statistics that are below the significance cutoff. What is the probability of this happening? From the above we know that

. The probability of the same happening for all voxels simultaneously is, therefore, simply the product of such probabilities, assuming of course that the voxels are all independent:

Thus, the probability that any voxel has a significant result, which would lead to the occurrence of a family-wise error, is

Distribution of the maximum

Consider the maximum of the set of

is only smaller or equal than some cutoff

are smaller or equal than

. If the voxels are independent, this enables us to derive the cdf of

Thus, the probability that

is larger than some threshold

The above is not the only way in which we can see why the distribution of the maximum allows the control of the family-wise error rate. The work by Marcus, Peritz and Gabriel (1976) showed that, in the context of multiple testing, the null hypothesis for a particular test

are also significant, and doing so controls the family-wise error rate. For example, if there are four tests,

). Such joint test can be quite much any valid test, including Hotelling’s

tests, as in a meta-analysis.

Such closed testing procedure (CTP) incurs an additional problem, though: the number of joint tests that needs to be done is

, which in imaging applications renders them unfeasible. However, there is one particular joint test that provides a direct algorithmic shortcut: using the

as the test statistic for the joint test. The maximum across all

tests is also the maximum for any subset of tests, such that these can be skipped altogether. This gives a vastly efficient algorithmic shortcut to a CTP, as shown by Westfall and Young (1993).

One does not need to chase the original papers cited above (although doing so cannot hurt). Broadly, the same can be concluded based solely on intuition: if the distribution of some test statistic that is not the distribution of the maximum within an image were used as the reference to compute the (FWER-adjusted) p-values at a given voxel

, then the probability of finding a voxel with a test statistic larger than

anywhere could not be determined: there could always be some other voxel

, with an even larger statistic (i.e.,

), but the probability of such happening would not be captured by the distribution of a non-maximum. Hence the chance of finding a significant voxel anywhere in the image under the null hypothesis (the very definition of FWER) would not be controlled. Using the absolute maximum eliminates this logical leakage. 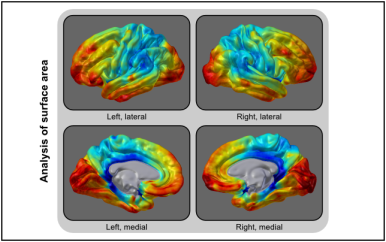 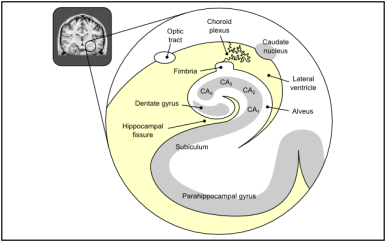 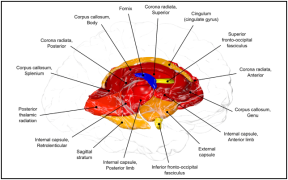 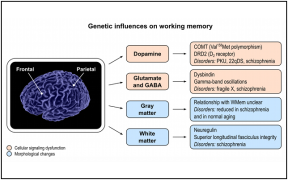